Morse is Celebrating 100 Years in Buisness
During 2023 we will be celebrating our 100th Anniversary with Watch for News through the year! 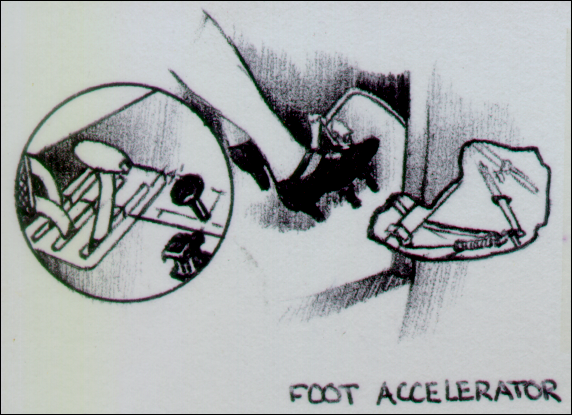 Morse Manufacturing was founded in 1923 by J. Mott Morse to produce custom-made metal parts and stampings, the company soon branched out to capitalize on the burgeoning automotive field.

Andrews' original equipment concepts were eagerly accepted and quickly became an entirely new category of industrial products: drum handling equipment. As the popularity of its products grew among drum handlers, the company decided to concentrate all its resources in this field.

In 1948 Ralph Andrews was named president, succeeding the retiring founder. 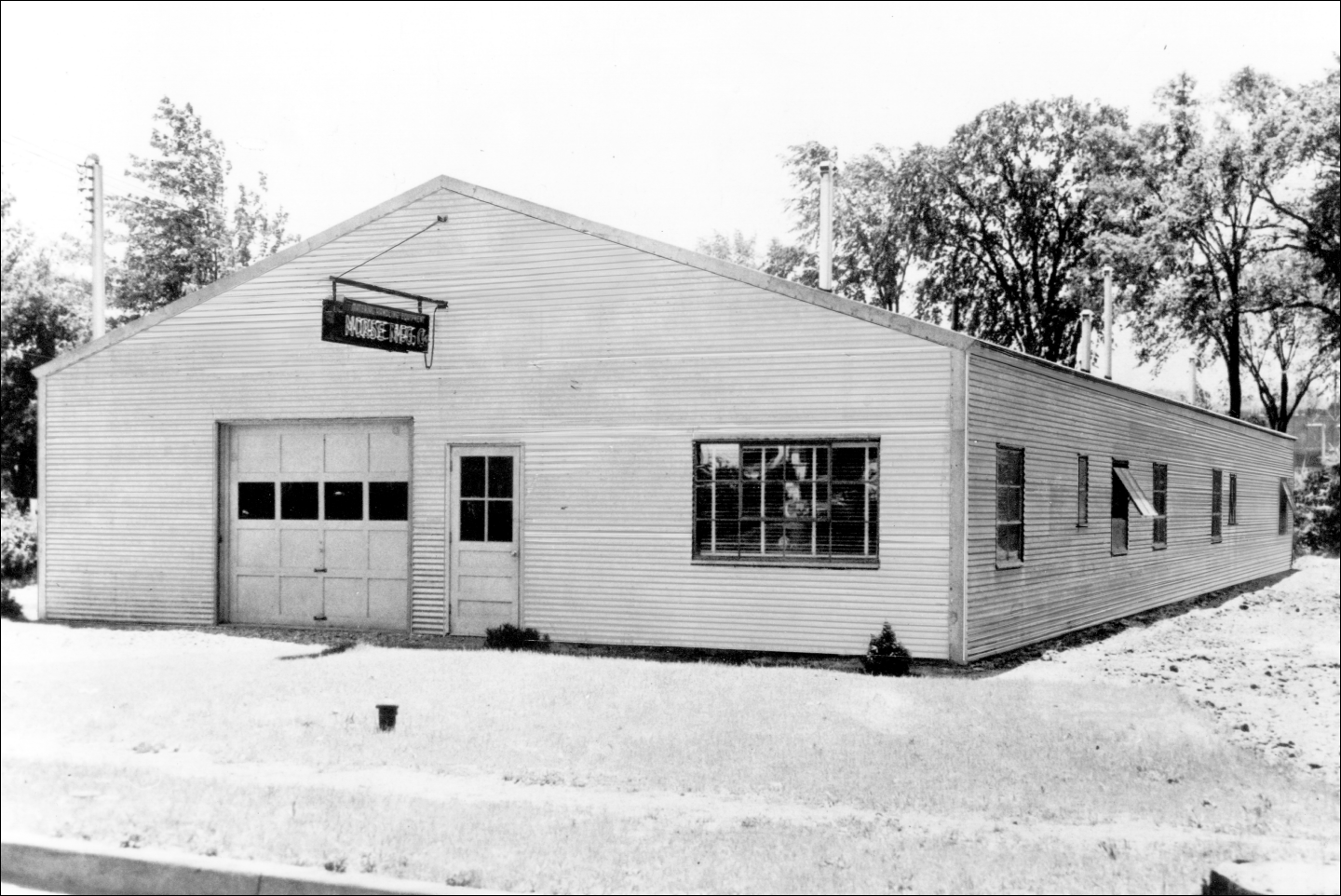 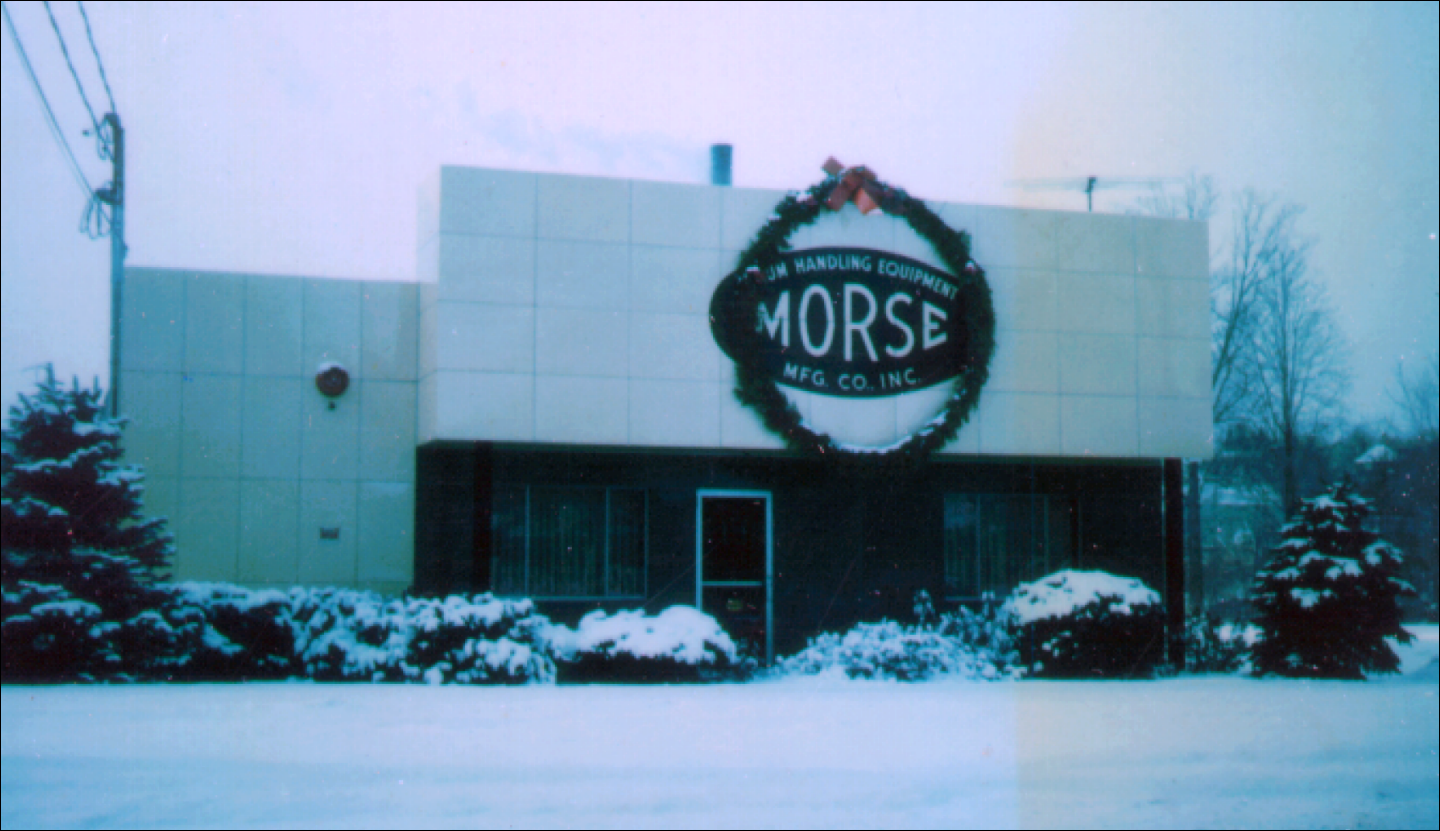 In 1969 Robert Andrews joined the firm, representing the second generation of leadership, and served as president from 1980 to 2012. Today he is Chairman of the Board.

Nathan Andrews joined the company in 2002, and today leads the company as president, while Morse continues its tradition of innovation, constantly introducing new products and expanding its existing lines in domestic and foreign markets.

Throughout its history, Morse Mfg. has continually enhanced its office and production facilities to keep pace with new technologies and growing demand for its products. Concurrent with its golden anniversary in 1973, the company constructed a completely new plant attached to the former building. Since 1973 Morse has expanded its facilities 3 times - in 1980, 1985, & 1992 - virtually doubling the size of its production facilities. In 1991 the company completed a major remodeling of its offices. 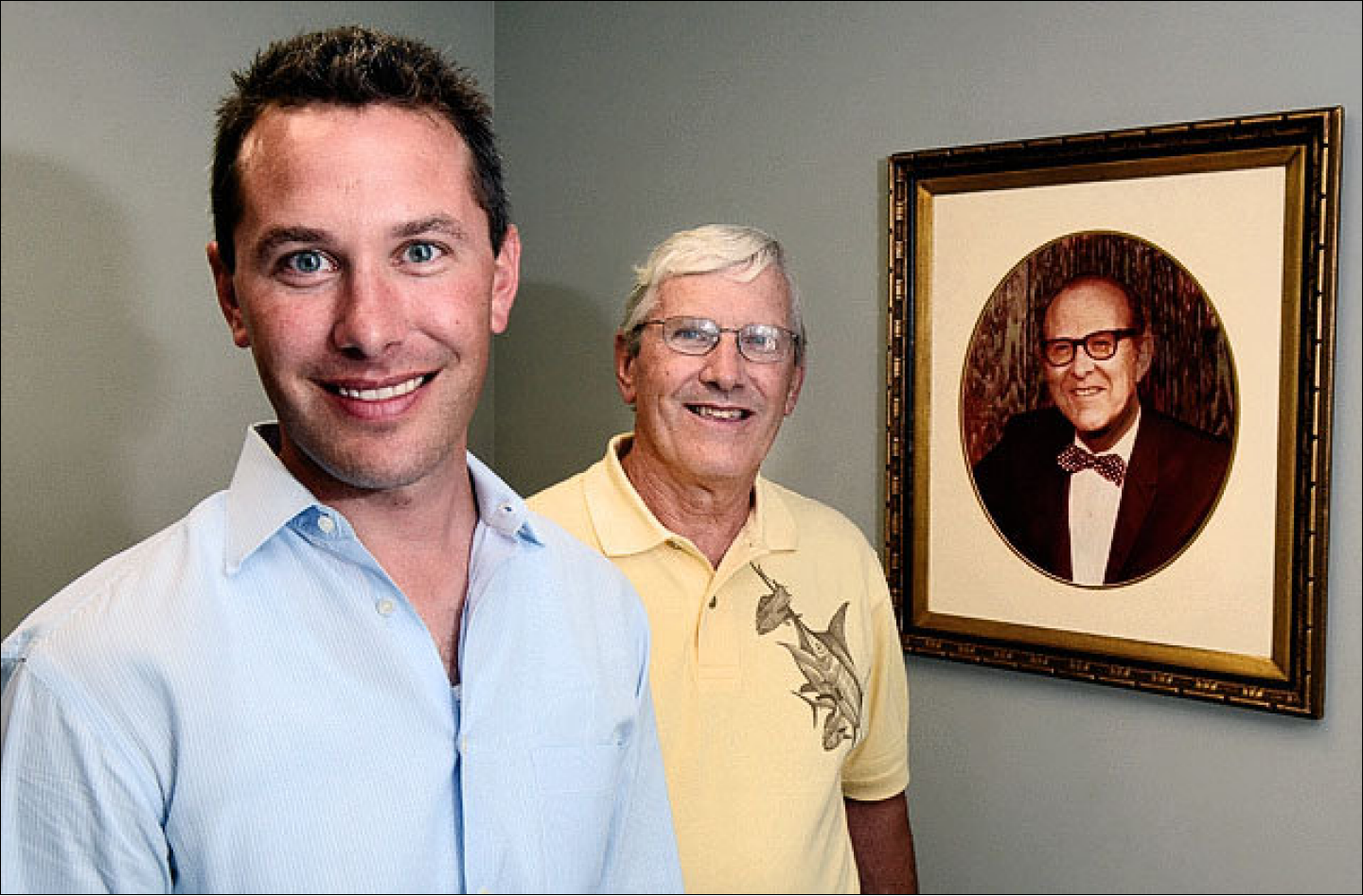 1990's - Product Development in the Face of Copycat Competition

Reflecting its leadership position in the drum handling equipment industry, Morse Mfg. incorporates advanced capabilities to streamline and improve its design and manufacturing.

In the Morse production process, steel and other components are received, cut and formed to precise measurements, ensuring that all parts of the same type are interchangeable. After rigorous quality inspection, parts are routed to various departments for welding, drilling, grinding and finishing. The products then move into the painting building, where they are assembled, painted and dried automatically. After final inspection, products are packaged and prepared for shipping or stock.

In 1998 we celebrated our 75th year of business here in Central New York. 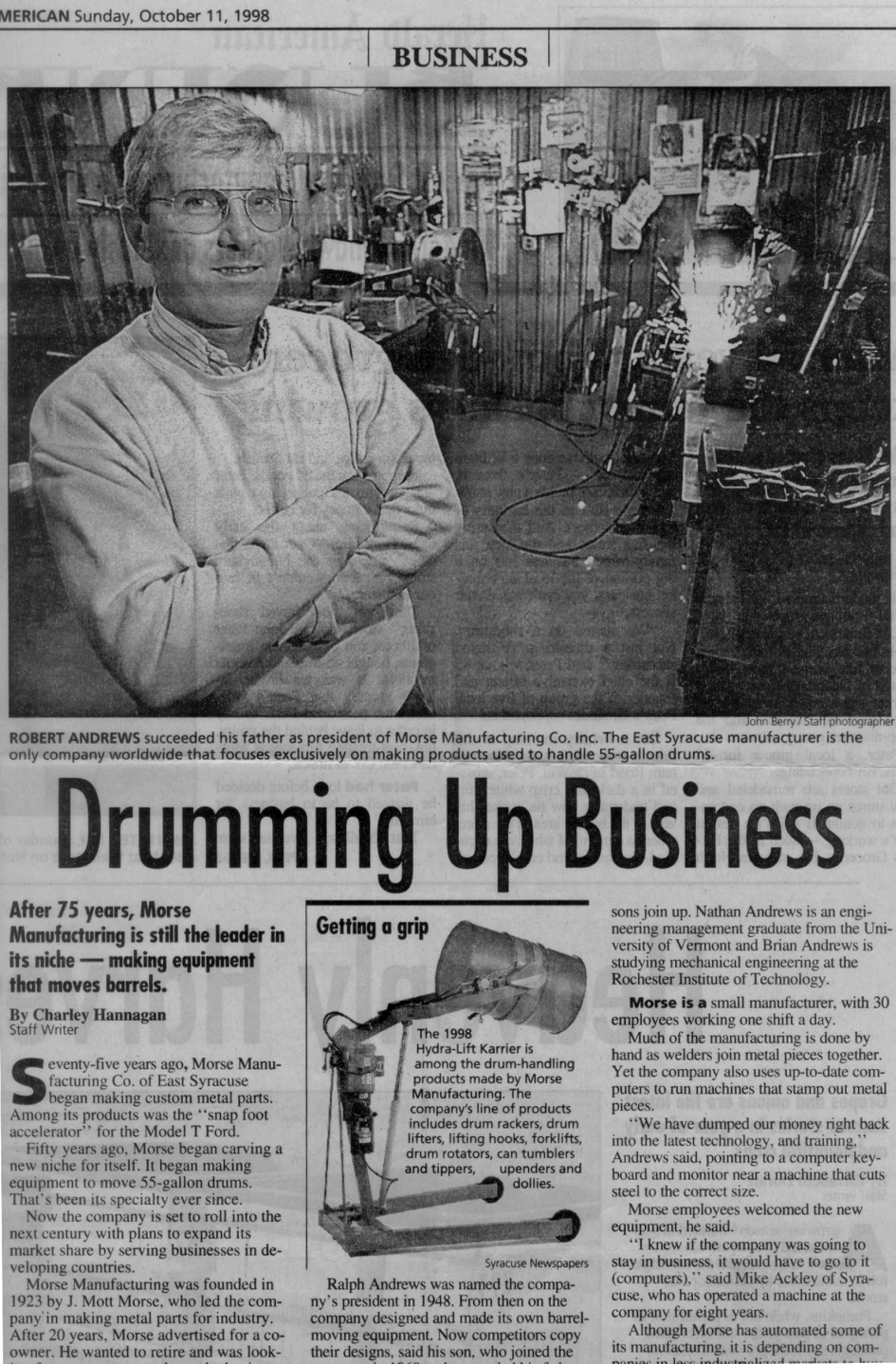 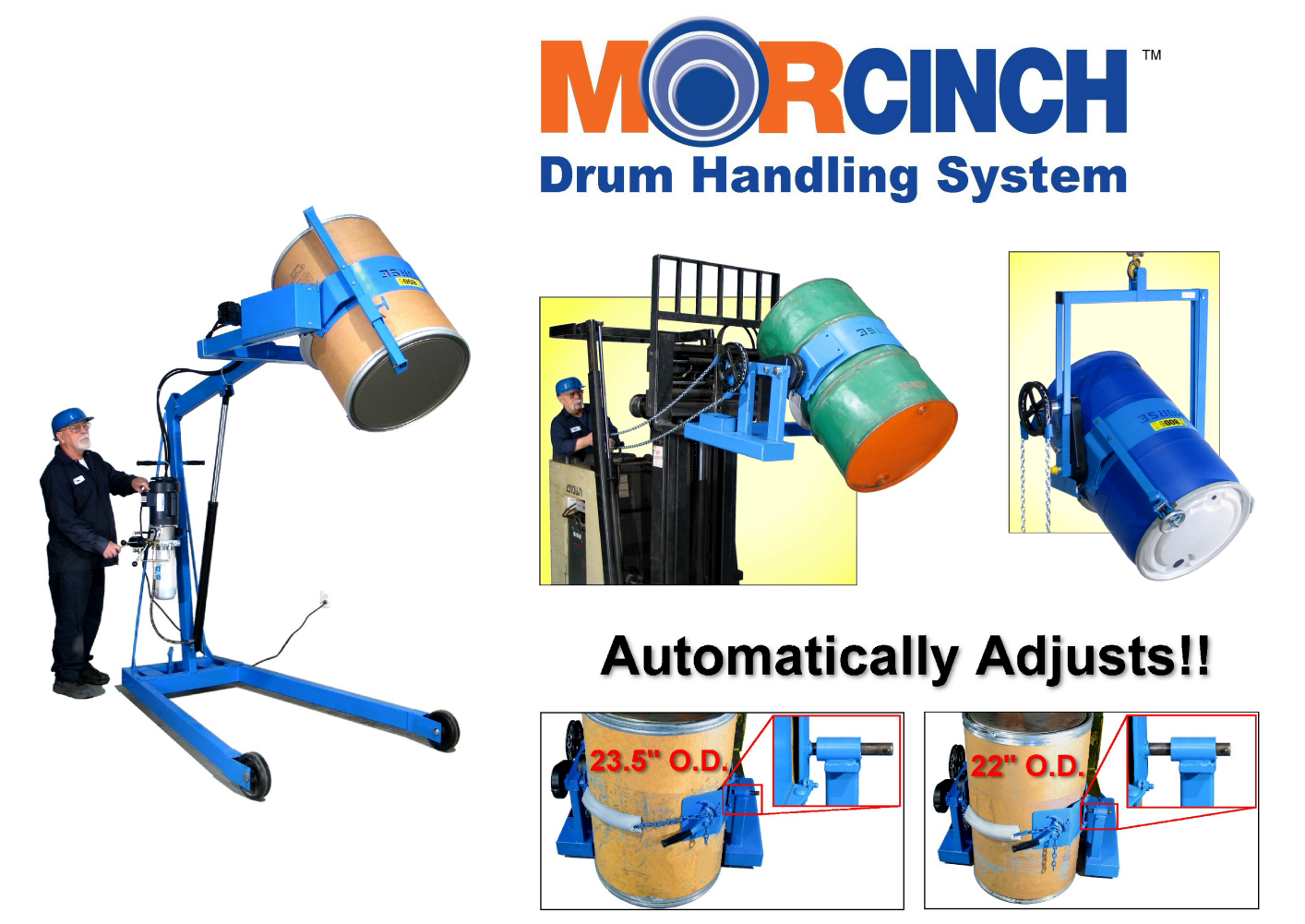 Morse completed renovation of a distribution center nearby, in Syracuse. In May 2019 we moved our entire operations into this modern facility. We are excited with significant quality improvements, such as powder coat finish, that were incorporated into this move. Plans are in place for additional improvements.

Now we have room to grow! 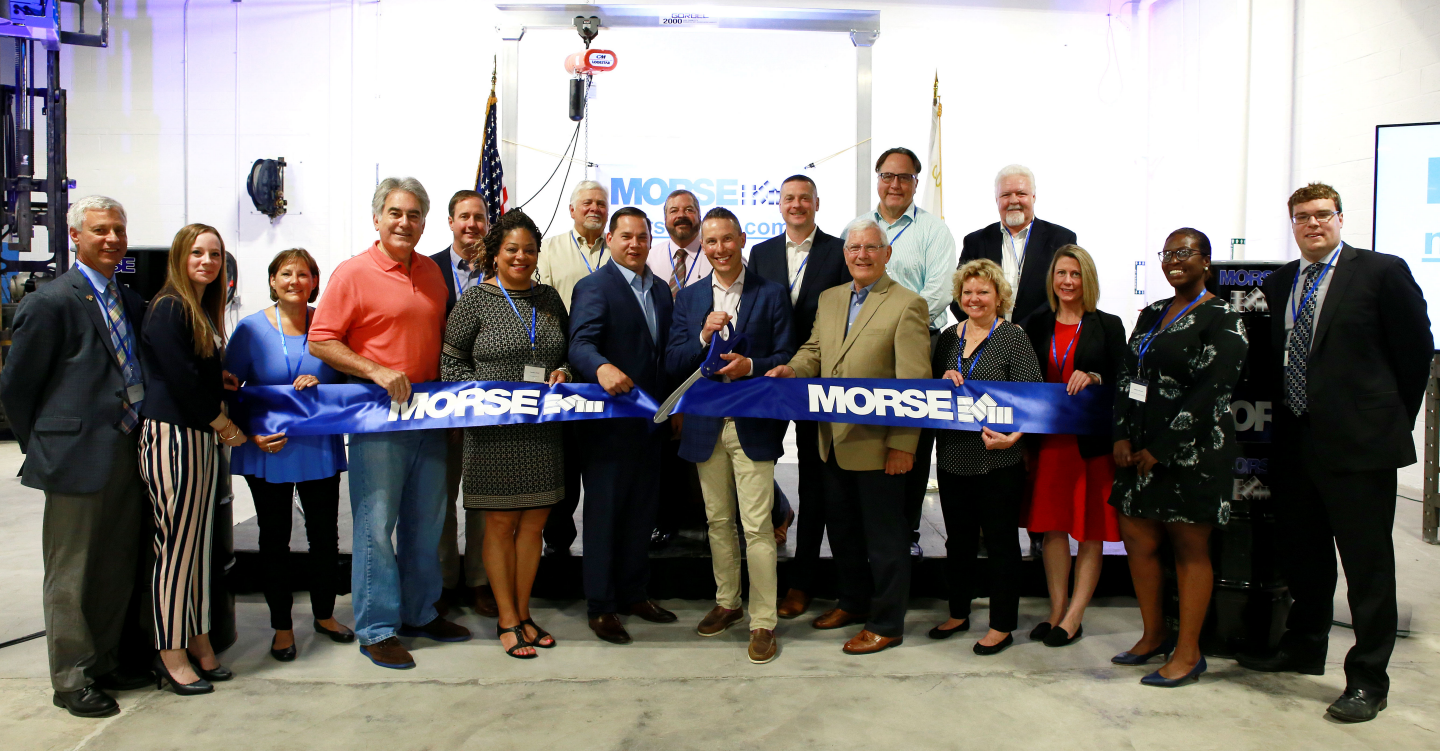