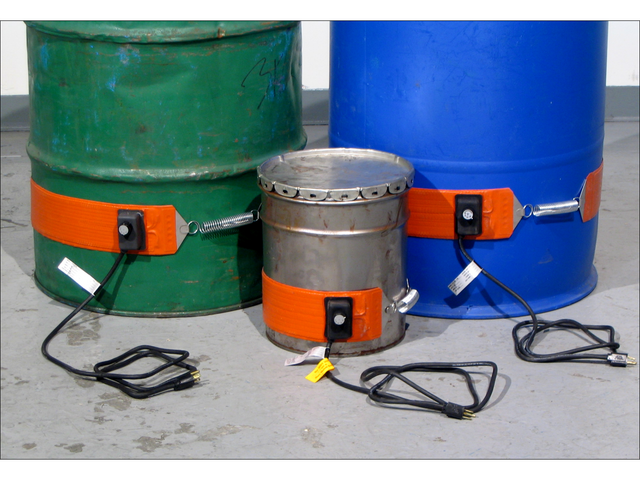 More and more people are making biodiesel at home in small batches. Biodiesel production from used vegetable oil involves removing water by heating to at least 120o C (248oF), and then cooling to below 60o C (140o F) for further processing.

Solutions include... A Morse drum heater was used in the development of a biodiesel reactor by University of Wisconsin engineering students.

"I believe the project went great given that everyone in the group was a first year engineering student," said Ben Pape, student at UW-Madison, "...the project was really interesting and I think it should be interesting as alternative fuels start to gain momentum."

"Students at the University of Wisconsin Madison in an introductory engineering course were told to construct a biodiesel reactor as their project. Group members knew very little about biodiesel at the start, but the group ended up building a very solid final product.

"Biodiesel is a diesel fuel as the name suggests, but it is made from organic plant oil such as soybean or sunflower oil as opposed to the petroleum product pumped from the ground. The fuel produces less harmful byproducts while still retaining most of diesel's energy value.

"The reactor consists of one 60 gallon reactor tank, one 100 gallon wash tank, several smaller tanks, as well as pumps to circulate the products around the reactor. It is computer controlled and is powered by 120 volt current. Morse Manufacturing supplied the team with an external drum heater that was integral in the testing and batch making phase in order to ensure successful operation.

"The Morse drum heaters are very marketable as a biodiesel product I believe, because a lot of home users would like to start making this as gas prices rise but they might not have the startup funds we did. Our original design wanted a 55 gallon drum for the reactor tank. The Morse heaters would be well suited for this because of their ease of use and low energy consumption."

Biodiesel blends are cleaner-burning in current diesel engines, usually without modifications. They provide similar horsepower, torque, and mileage to diesel. Biodiesel may be a candidate to replace fossil fuels as the world's primary transport energy source.

Due to a flash point approximately twice that of diesel fuel, biodiesel is safer to store and classified as a non-flammable liquid by OSHA. Therefore, a vehicle fueled by pure biodiesel is far safer in an accident than one powered by petroleum diesel or gasoline which is explosively combustible.

Unlike some alternative fuels, biodiesel can be distributed using today's infrastructure. Its use and production are increasing rapidly. Fuel stations are beginning to make biodiesel available to consumers, and a growing number of transport fleets use it as an additive in their fuel. It is sometimes easier to find biodiesel in rural areas than in cities.